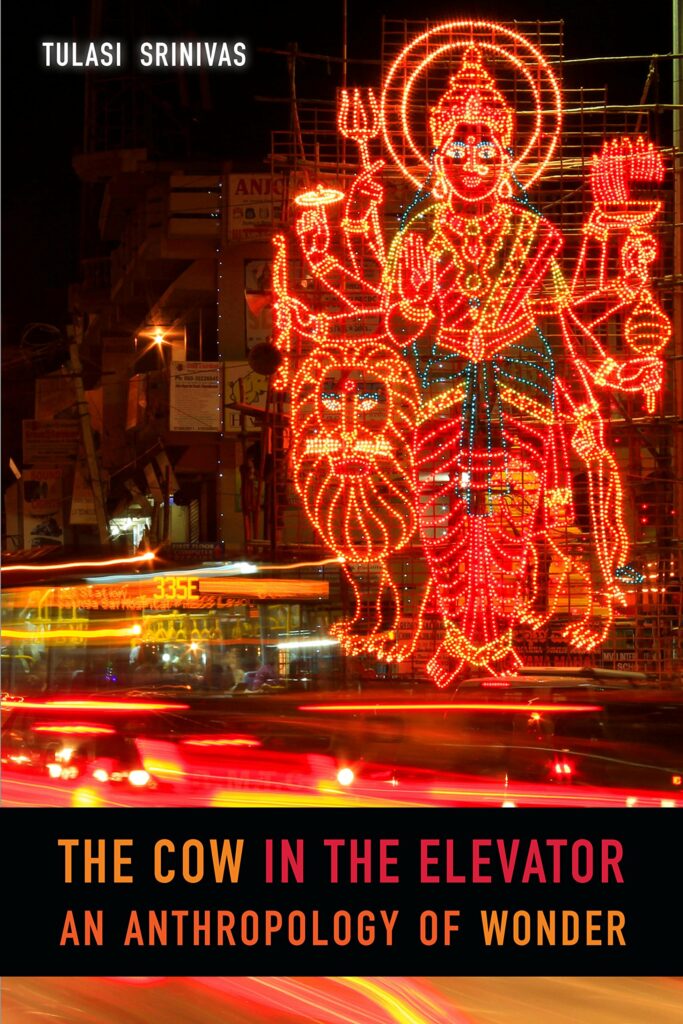 Dr. Tulasi Srinivas is a professor of Anthropology, Religion and Transnational Studies at Emerson College. Professor Srinivas has published numerous scientific and popular articles in the area of religion, democracy, pluralism and international affairs. She is author of the award-winning book Winged Faith: Rethinking Religious Pluralism and Globalization(2010) and more recently, The Cow in the Elevator: An Anthropology of Wonder(2018) and numerous other coauthored and edited books and papers. In a previous life she was an architect and urban planner working in Los Angeles.

Srinivas has appeared on multiple podcasts and radio shows including NPR and WYNC. She is the winner of several prestigious fellowships; at the Radcliffe Institute of Advanced Study, the Rockefeller Foundation, the Berkley Center for Peace, and the American Council of Learned Societies. Her essays have been published in several scholarly and popular publications including The Immanent Frame, The Boston Globe, Scroll.In, The Economic and Political Weekly and The Times of India (India’s leading newspaper). Srinivas has served on the board of The American Academy of Religion, the American Anthropological Association and The World Peace Foundation.